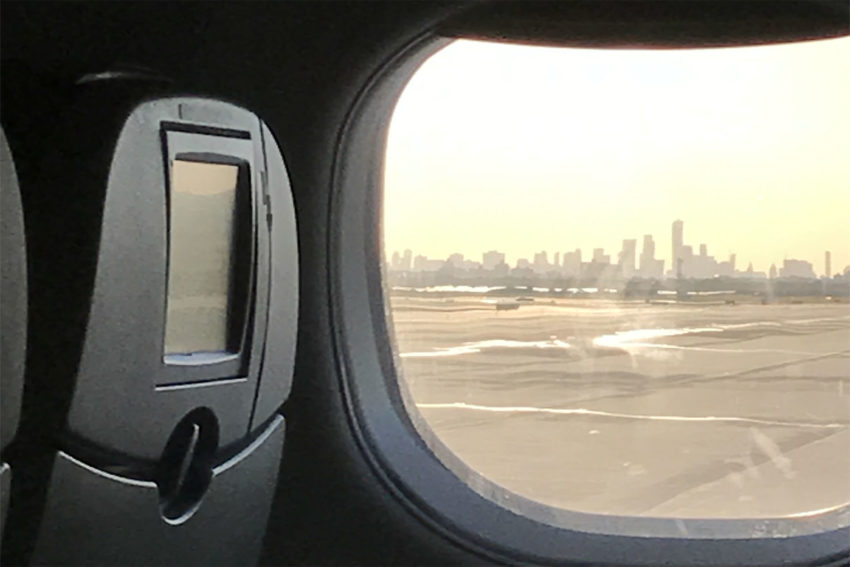 The year was 1998. I had recently completed my music performance (opera) degree and was working in a dead end sales job. The job was a means to an end – I wanted to be able to save enough money to move out of my parents house and be ‘on my own’ for the first time. I was 23.

My goals at this time were still quite lofty. I had performed in concerts at Buffalo State and my Junior and Senior recitals were a hit, although the crowds were mostly made up of friends, family, and students in classes that were required to attend. Still, I felt like I was to make an attempt to pursue my dream of moving to the city and becoming a star. I never quite worked out exactly what ‘becoming a star’ meant to me, but I knew I needed to give it a try. This was 2 years after Rent had debuted on Broadway and the time was right for me to go and make something happen. This is why what I am about to tell you is so very, very odd.

One night, when I returned home from my shift at the horrible job, my mother told me that my friend Bob, from high school, had called and left a message. I listened to the message and stood, dumbstruck, for a few moments trying to catch my breath. My mom walked up and said “you should go”. At this point I was still so confused by the message I had no idea what she was talking about. So she repeated, “you should go” and I asked “where?” I heard what he said, but I was just too excited to really absorb it.

Bob was living in the city. He had been pursuing an acting career since he graduated from college and that week they had announced open auditions for the second casting of Rent. The original cast run was over, but the show was continuing on (and did for another 10 years, closing on 7 September 2008 after a 12 year run, making it the tenth show in the history of Broadway musicals, at the time) and they were looking for new people to replace some of the ensemble members that were moving on to other things. He called me to see if I would like to come out there and audition with him. He offered me a couch to sleep on for the trip, so I wouldn’t have to spend money on a hotel, and if it worked out, maybe I could stay and find a place.

As you can probably imagine, this call was overwhelming to me. I had wanted to go to the city so badly. My whole life I had surrounded myself with images of the skyline and immersed myself in city folklore and Broadway culture. I had gone to school for music precisely for this moment to appear. Since the moment I arrived in the city on a class trip, at the age of 16, I knew it was a place I needed to be. I didn’t care how smelly the streets were or how scary everyone made it seem. It felt like home. When I was a junior, I applied to 4 colleges, 2 of which were in the city. NYU and Juilliard were pretty much out of my reach, but I dared to dream anyway and all through college in Buffalo I thought about completing my degree, getting on a bus to the city, and never looking back. I told everyone I came in contact with, starting at the age 9, that I was going to live in the city one day.

So this phone call from Bob should have been the catalyst. It should have been the exact thing I needed at that time to propel me into a new life. Even if I went to the city and auditioned and didn’t get a part, it would have been a push to make it happen. I could stay with him, rent free, for a little while and audition for every opportunity at that time until something happened or didn’t happen. Until I could get a waitressing job and an apartment of my own and pursue a Masters degree in journalism. Anything to be in the city. This was the seed. So what happened?

At the time, I also felt extremely connected to home. I owned my own car and I was saving my money so that I could move out of my parents house and into an apartment in the Elmwood Village. As a secondary goal, this wasn’t too shabby, but at the expense of missing out on THE CITY why would I decide to ignore the call and stay where I was

My personal fear of failure, that had been instilled in me throughout my life, kept me from taking that leap. And yes, I realize how ironic that sentence is. My idol – Idina – was singing every night on stage about a leap of faith. I could go there and audition and possibly meet her and be part of the tradition of Broadway. But I chose to stay in the Falls. I chose to keep working and move to Buffalo. I chose to do the thing that was easy and safe. My personal mythology around my abilities and my fears would not let me widen my scope of what could be. I had to keep trudging along at a good clip in order to make life work.

But what fed this personal mythology? Let’s examine some of the limiting beliefs that had been cultivated over a 23-year life, living in a blue collar town as part of a working-class family.

Number 6 and 7 go hand in hand and they are the main reasons that I did not get on that bus and go to the city to audition. I felt like I had to stay close in order to be a good daughter and granddaughter. And it meant that it took me 43 years before I could finally leave my hometown for somewhere else. It meant that I never pursued my own dreams, but put everything on hold for the people around me. I always put other peoples needs ahead of my own.

So – what does all this amount to and why am I writing about it now?

This post was triggered by watching Rent Live this past week and feeling a strong sense of nostalgia, but it also made me think more critically about the ways in which I used to live my life and how I can change that moving forward.

After 43 years of I am finally ready to do something for me. I am ready to find my calling and move in the direction of my dreams. That sounds super vague, but I have some things in mind. For now, I will just say that I will be pulling all of my earlier education, career, and life experiences into my next venture. I will be continuing forward into a career where I can focus on helping others and express myself in ways that I have never able to do. It is going to be hard work and requires me to take risks, but it will be totally worth it in the end. I suppose it is better late than never in the leap taking department. I think Maureen would be proud.